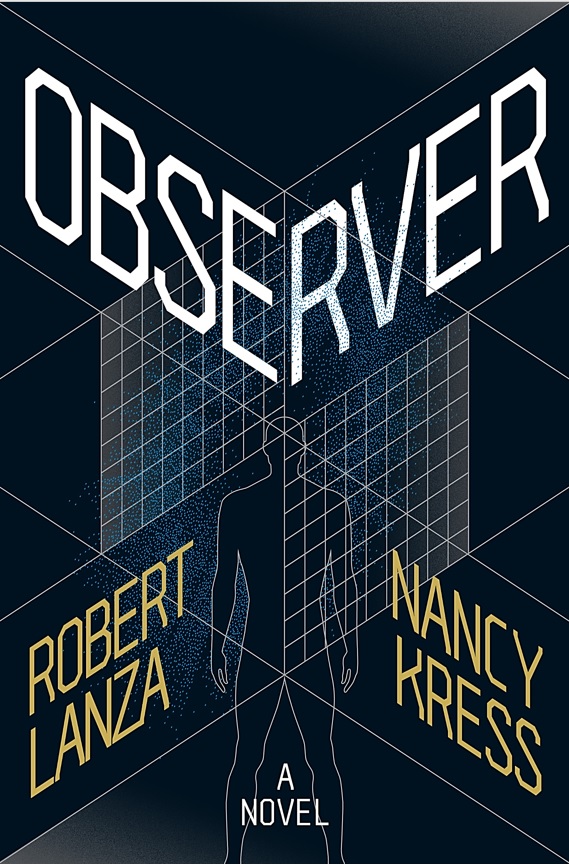 No one wanted to tell the old man.

They clustered in the courtyard outside his bedroom, under the wide overhang that sheltered the walkway. The residential wing, one of three, had been built in a square around a central courtyard at the western end of the compound to catch the slanting rays of the morning sun. This early, barely after dawn, the air was still fresh and cool, with the clean salty zing of a breeze off the Caribbean. Nonetheless, the three people could hear the AC going full blast behind the old man’s closed door. James, head of household staff, wearing slippers and a flamboyant silk robe that would not have been out of place in 1940s Hollywood, had been among those alerted by the night-duty tech as soon as the police arrived.

Julian had gone with the police to identify the body.

Two of Julian’s security techs, sent to inform the old man of what had happened, looked expectantly at James. He tightened the belt of his robe and said, “I don’t see why we have to wake him at all. There’s nothing for Dr. Watkins to do. He’s old and very ill. Let him sleep.”

The techs didn’t answer, but their glances at each other spoke terabytes: only someone not directly involved in the project would think that Dr. Watkins wouldn’t want to know instantly what had happened. But it was James who had the inspiration. “I know! Wake Dr. Weigert!”

Weigert had not been called already because Julian had left strict instructions that Weigert was never to talk to island police. The two young techs suspected the reason was Weigert’s sometimes indiscreet openness. They did not say this aloud. But now the police had gone. The techs nodded, and James phoned Weigert.

He, too, arrived in slippers and robe, although his was of faded terry cloth that looked older than all three young men. James explained in great detail what the police had told him. Weigert nodded slowly and knocked on the bedroom door.

Weigert entered the bedroom, as small and white-washed as all the others set around the courtyard, although even more bare. Neither luxury nor home decoration interested Watkins; he never put personal bits and pieces on the walls or dresser. Weigert discovered that it wasn’t AC he’d heard through the door but a noisy space heater. The room was a sauna. Was that necessary for Sam’s condition? Weigert, a physicist rather than a physician, had no idea.

“Sam, there’s been an accident.”

Samuel Louis Watkins, genius Nobel Laureate, switched on the bedside lamp and heaved himself upright in bed. Cheekbones sharp as chisels, bald head shining in the lamplight. “What kind of accident? Are the data and equipment safe?”

“Yes, they are. It’s a diving accident. David Weeks. He’s dead. Julian just left with the police to identify the body, but apparently there’s no doubt it’s Dr. Weeks.” Weigert, who had known Sam since their university days and who disliked confrontation, braced himself for a tsunami of expletives. Sam had told Weeks to cease diving. No, not told: ordered.

The tsunami didn’t come. Instead, Watkins adopted the intense, focused look that meant his remarkable brain was processing multiple ideas: imagining, synthesizing, evaluating. That brain had gotten them all here, in this remote island compound in the Caribbean, where Weigert, at least, had certainly never expected to be.

But all Watkins said was, “Tell me.”

“Weeks must have gone out last night. Julian hasn’t had time yet to check the surveillance log. The police said that Dr. Weeks’s body was discovered this morning, snagged near the top of a coral reef, by some fisherman. He’d dropped his weight belt and his buoyancy device was partially inflated, which was why the body rose. His fins had the address of the compound painted on them. The police said there was no sign of any violence by sharks or humans or anything like that, and that probably Weeks had a heart attack or something and tried to get out of the water but died first.”

Watkins said, “Damn idiot. I told him not to …” He looked away, at the white-washed wall.

“Yes,” Weigert said, because what else was there to say? Warmth and light abruptly poured through the open door. The sun had topped the compound walls.

Watkins was silent for a long time. Weigert couldn’t tell from his old friend’s face if Sam was thinking of personal memories of David Weeks, brought into the project a year ago, or of the project itself, now short a crucial member whose loss could jeopardize everything. It had not been easy to find a neurosurgeon willing to perform the unusual operations that the project called for. When the silence stretched on and on, and then on some more, Weigert couldn’t stand it.

“You don’t have to do anything.” And then, “George, I’m running out of time.”

Weigert, startled by the reference to what everyone knew but no one ever mentioned in Sam’s presence, didn’t know what to say. He settled on honesty. “I know.”

“Of course you do. I’m sure everybody knows, right down to James’s kitchen help. All right, send for Haggerty.”

“The lawyer?” Bill Haggerty, another old friend of Watkins, was the only one connected with the compound who lived not only off-site but off-island. All communication with him was through heavily encrypted email.

“Yes. Tell him to come today.”

“Today.” And then, with a grimace on that disease-ravaged face, “Our project is too important to the future not to have thought of all eventualities. I have a Plan B.”

Order on Amazon now and get a discount off the price of Observer.

Click Here to learn more about Salk’s research areas and to select how you would like to apply your donation. This offer is for a limited time only!

Order on Amazon now and get a discount off the price of Observer.
Order Here